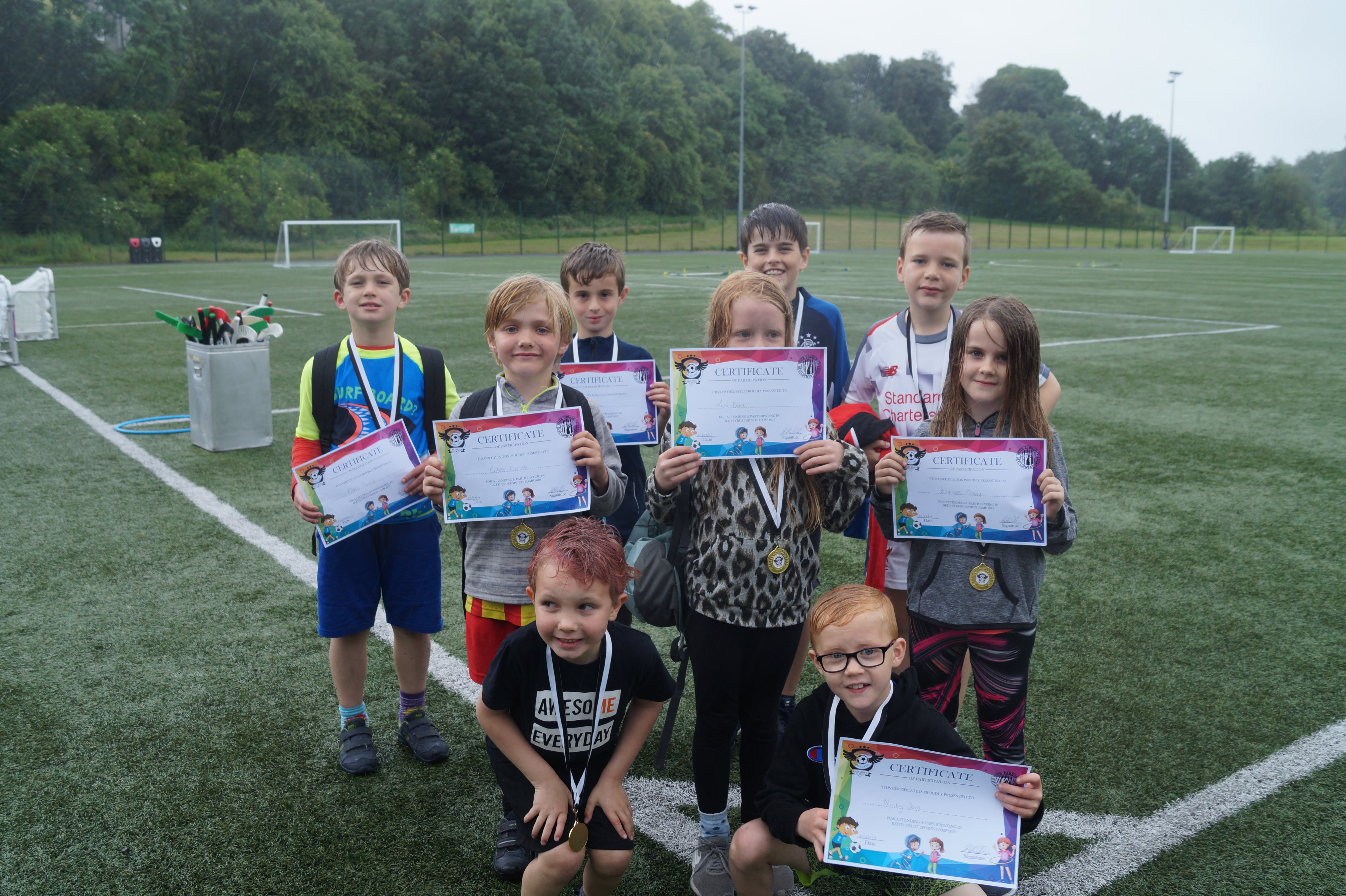 This year’s sports camp was a success! We kicked off the week with football in the sun. All the kids had played football before and for many, it was their favourite sport. We started with some competitive dribbling games and then moved onto the hurdle passing challenge.

Although tricky, they all managed to achieve some success which was Fantastic! We also introduced octopus which is a dribbling and defending game. The children loved this game so much, we played it every day adapting it to the different sports. To finish the first day off we played dizzy penalties, which was a laugh for everyone, and some football matches.

Every day during Lunch we would go around the room and ask everyone a question: i.e. What is your favourite sport? Where in the world would you like to visit? This was brilliant as it was great to learn more about everyone and see the children talking to each other. By Wednesday, the children were talking to everyone without the coaches starting the conversation.

On the 2nd day, tennis was the sport. Most children hadn’t played much tennis before so learning all the different skills like hitting it up and down and serving was new to them but fun and they all excelled and improved throughout the day. They also had a chance to come up with their own ‘tricks and flicks’ and see how far they could hit the ball which the children could have spent all day doing. The matches at the end of the day were also great fun to watch.

The 3rd day saw a new sport introduced to most of the children which was hockey. The Basics were taught first which took a while for the children to grasp but as the day went on and we played games such as the hurdle passing challenge and King/Queen of the ring, the children started to improve and really began to enjoy the sport. There were a lot of smiles on their faces by the end of the day as they played their hockey match.

On the 4th day, Athletics was the sport, practicing their running, jumping and throwing skills. The first challenge was the long jump. They all put their serious faces on for this as they were determined to beat their own personal score and their friends as well. We also introduced the shotput and the discus which was new to them. To finish the day off, we did an obstacle course and some races. This gave the children a chance to challenge each other including the coaches which meant everyone was taking part and having fun.

On the last day, we said to the children to wear funky socks and they didn’t disappoint. Some turned up with odd and colourful socks on. Others took it even further and dyed or put glitter in their hair, it was fantastic to see! The last day was also games day, allowing all children practice their new skills and enjoy the sports once more. To the children’s excitement, they all received a certificate and a medal for completing the sports camp. Our helpers also achieved a playmaker award in sports coaching which was an added highlight to the week.