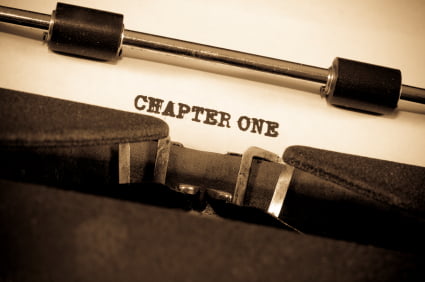 This will almost be a direct follow up to the blog, “Writing Creatively”. Writing for fiction is one of the most difficult, challenging things that anyone could tackle. Anyone can write a story but not every author can come up with an intricate, imaginative, original piece of content. Nor can they create an entire fantasy epic on the spot. Tolkien literally took years to plan out Middle Earth and the entire Lord of the Rings saga… however, the results speak for themselves. Originality is something that is rare now-a-days, which is a shame due to the amount of Hollywood movies which now rely on separate source materials. Comic books, novels, even cartoons are now being used as the starting point for most Summer Blockbusters. Even Postman Pat is getting his own outing on the big screen this year! The point is, if you’ve got some really unique narrative ideas, there hasn’t been a better time to get them on paper and to pitch them studios.

Most writers tend to find inspiration in the smallest of things. Top director, Ron Howard, has famously confessed to finding entire stories budding in his imagination brought on by hearing a single song lyric. Sometimes an idea can just “pop up” in someone’s head. JK Rowling claims that the character of Harry Potter simply just arrived in her mind whilst taking a train trip from London to Edinburgh! A popular process for writers who are attempting to find inspiration or want to write for a certain genre find different levels of success by playing word association games. If they have a subject matter or a theme or key plot turn that they want to involve, they simply write the words in the middle of a piece of paper and then link up words that subsequently arrive through relation. They then take ALL of the text they have and see if they can arrange a plot from the results.

You can’t be afraid to let your imagination take you places. That way, your own reaction will inform you wither or not your story is engaging enough. If you can’t get into it, how can you expect anyone else to? Horror writers say that before you even thinking about releasing a story that’s supposed to scare other people, you must first scare yourself with the content. Wes Craven says that he himself could not sleep after creating the Freddy Krueger character. Write for yourself and no-one else. Of course, nobody wants to give themselves nightmares but who knows, there could be a big money pot that accompanies them!

Ask any writer and they will tell you that finishing a story that you are 100% happy with is the best feeling in the world. If you can read your own narrative upon completion and remain entertained throughout, chances are you have something magical on your hands.