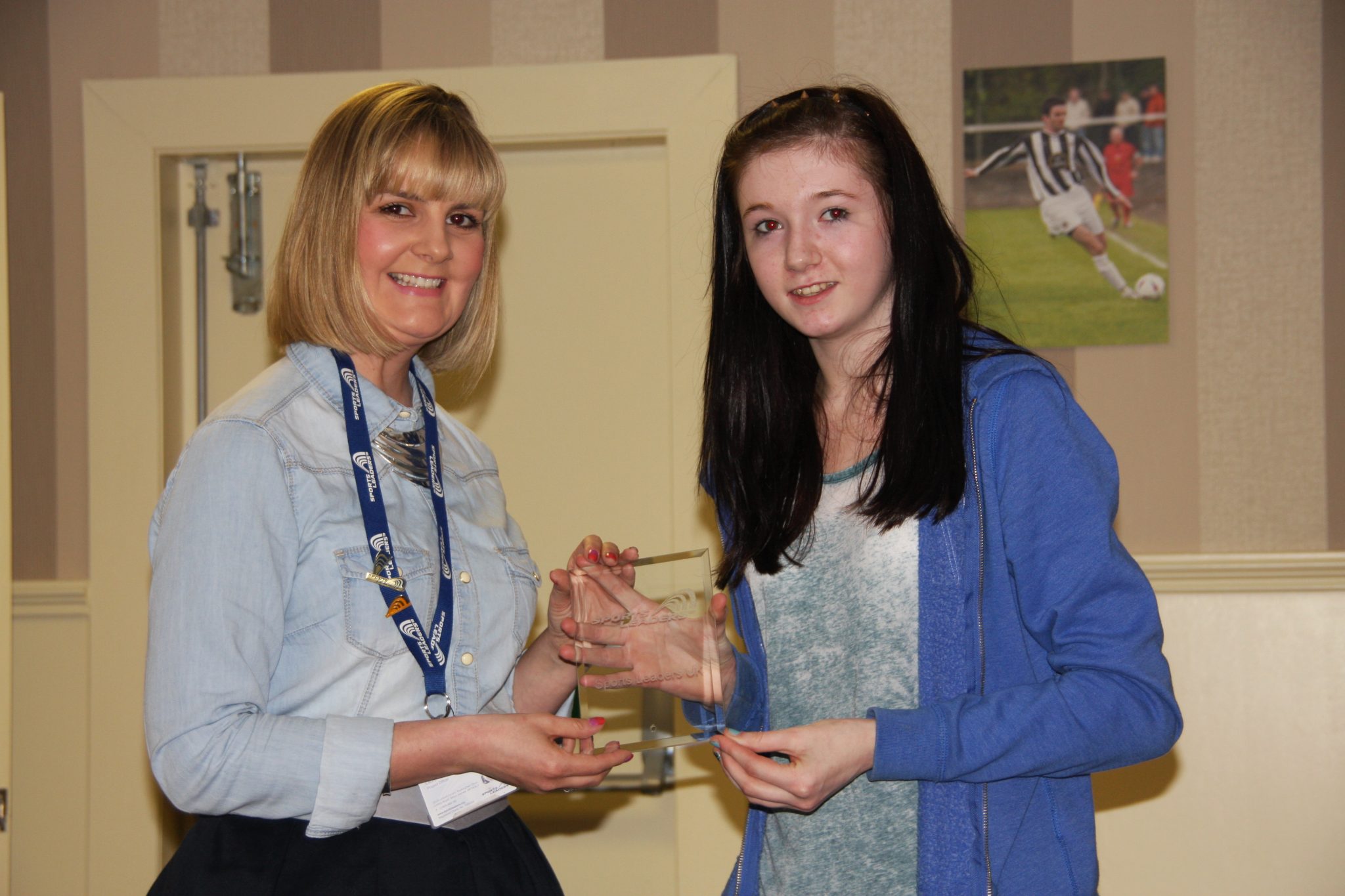 Leadership courses involving volunteering in a range of community projects.

The event was a huge success and was widely supported by parents, local councillors, representatives from Sports Leader UK and Beith Juniors Community FC.

Young people received Playmaker Awards, Sports Leader Level 4, Community Sports Leader and a range of Saltire Awards from 10 hours up to 200 hours in recognition of volunteering.

Laurene Edgar, Development Officer for Sports Leader UK in Scotland presented trophies to the Sports Leader Level 4 and Community Sports Leader Level 5 groups in recognition of their extra commitment, dedication, enthusiasm and involvement in the development of the local community and congratulated Beith Trust on the support they have given to the young achievers –   Laurene said ‘I often highlight the work of Beith Trust as an example of best practice in sports leadership pathways for young people, this is a great example of how a community based organisation can promote and support  culture of leadership in their  local community.

Amy McKeeman, 19 from Kilbirnie, who volunteers with the Outdoor Education group weekly and was receiving her 200 hours of volunteering award, opened the evening. Todd Norris and Adam Walker, age 10 from Beith, both of whom recently completed their Playmaker Awards spoke at the event, introducing people and giving the close and thanks.    sOther speakers included Sophie Millan and John Nelson who completed their Level 4 Sports Leader Awards and Shaun Craig, Andrew Ferguson, Craig Walker, Scott Watson and Rhuaridh MacDonald from the level 5 Community Sports Leader team.