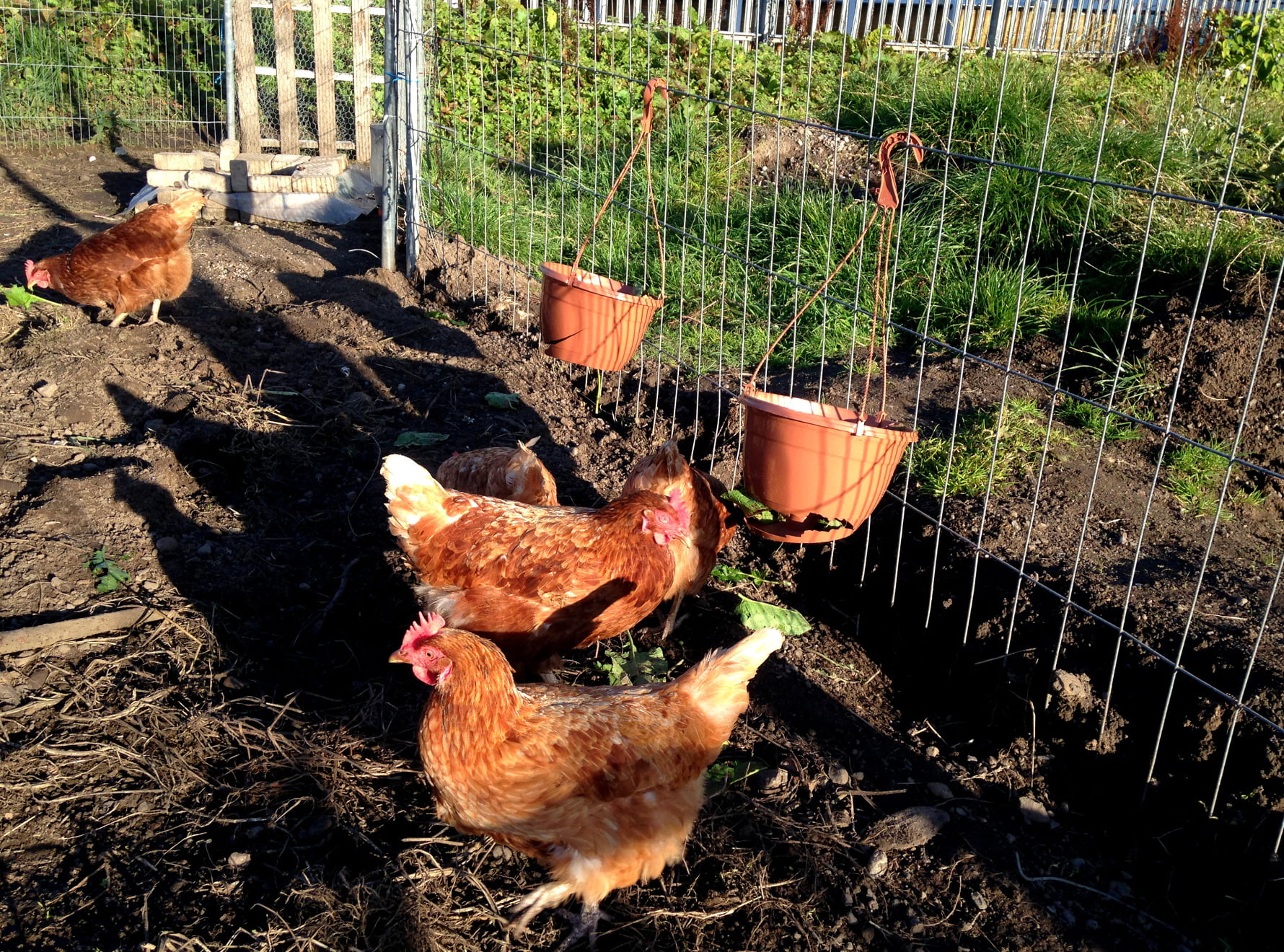 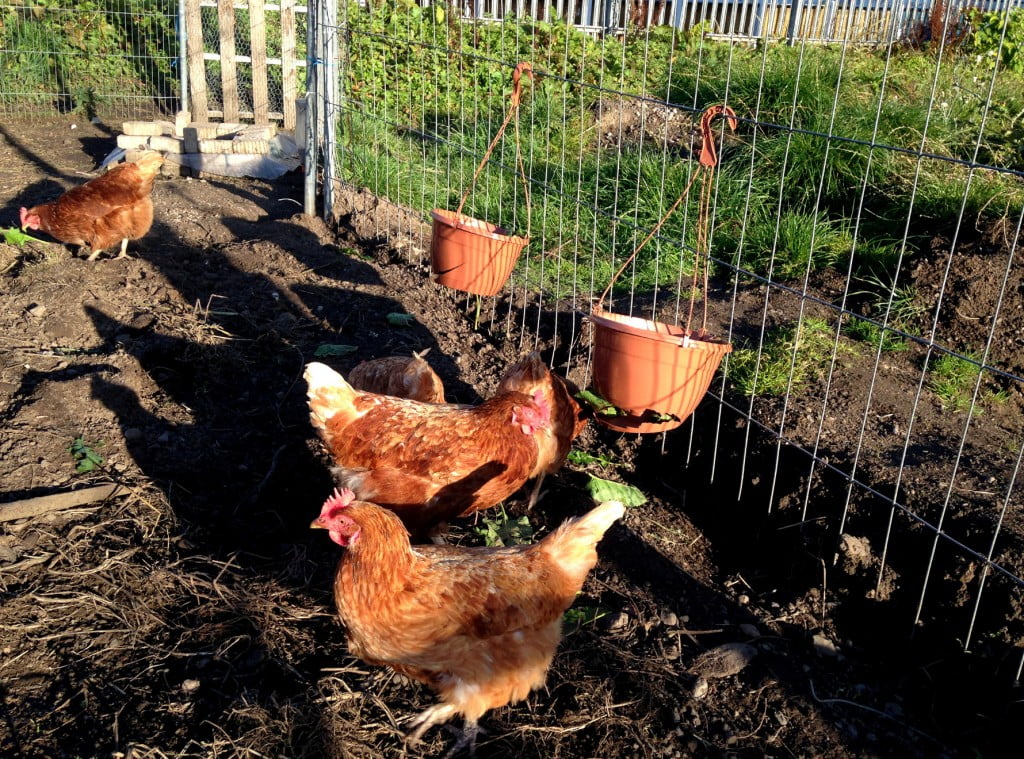 Here at Beith Community Development trust we’re no stranger to animals. As well as staff and volunteers the office is frequently home to three friendly and cheeky dogs. We are also the proud caretakers of 5 chickens who needed a safe home to love them and let them relax with their friends. The chickens, thankfully, don’t live in the office but in our great outdoor space. In honour of our feathery friends and their continued happiness here are 10 things you might not know about chickens…

1) Our wee chickens are descended from Asian jungle fowl. They were domesticated by humans at least five thousand years ago and have since become the chickens we know and love around the world.

2) We all like having pets who know us well and this usually only means cats and dogs. But it turns out chickens are really good at remembering faces and can recognise over 100 people. Try popping down some time to say hello to them.

3) The term ‘pecking order’ comes from watching chickens social behaviour. They have a very strict hierarchy in each group and every chicken always knows where they stand.

4) If you’ve ever looked after a toddler you’ll probably have played peek-a-boo or hide the toy. This works so well because (a bit like many pets) they believe that if they can’t see it, it’s stopped existing. Chickens however are not fooled so easily! They may not be so good at peek-a-boo but they’re persistent when it comes to that treat behind your back.

5) The chicken is the closest living relative to the great Tyrannosaurus-Rex. Yes believe it or not those tiny feathery birds are the closest thing you’re ever going to seeing a giant, terrifying T-rex.

6) They have such tiny heads that it’s easy to forget they have brains at all but not only are they really quite intelligent in the world of pets but chickens probably dream too. They experience REM sleep which is the state of sleep in which dreaming occurs.

7) Ever seen a chicken with a shiny sun reflector getting a nice tan? Neither have we, but chickens do love sunbathing. They don’t need sunscreen because of all the feathers.

8) You’ll have seen chickens pecking at the ground before I’m sure. Well aside from eating seeds and tiny bugs they’re also nibbling grass. Apparently (although they’ve never been noisy enough for us to hear) chickens slurp grass just like we’d slurp spaghetti.

9) Who’s seen the film Chicken Run? It’s great fun and those high fences would definitely keep chickens in! But did you know that chickens aren’t completely flightless. However they won’t get far as they can only get airborne enough to make it over a medium fence or into a tree.

10) People feed chickens seeds and let them peck (and slurp) at the bugs and grass but did you know  that chickens are omnivores. That means they eat small mice and lizards if they can get their claws on them…ewww!

If you have any more chicken facts you think we missed don’t forget to let us know!