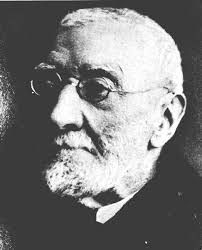 Every Hamlet, Village, Town, City in the world has something unique about it. I will admit to enjoying walking round places that I’ve never been to or those I have and discovering something new. Even if I forget to turn the map round making it easier to read and figure out where I am.

With this in mind I was walking round Beith and passed the Beith Auld Parish kirk which I’ve passed more times than I care to remember and noticed a plaque. The plaque was split in two, the first part gave you a rough history of the Kirk, the second was a short biography about JOHN Witherspoon, he was the Parish minister in Beith from 1745-1757 but outside of Beith is perhaps more famous for being the only clergyman to sign the American Declaration of Independence on the 4th of July 1776 and his links to Harvard University.

Across the road from the Kirk before you reach the High Street is a small monument and plaque to Dr Henry Faulds born in Beith (39 New Street) he was the first person to publish a detailed report on ‘the conception of fingerprints in criminal investigation’, in the scientific journal Nature in 1880, as well as founding the Tsukiji hospital in Tokyo in 1875.

Those of you reading this might be saying, this is interesting but in what way does this relate to Beith Community Development trust (BCDT), well dear readers the connection comes slightly further up the road into main street. In Main Street Is/was the Pop-up Design Studio. As well as for the next six months BCDT are working in collaboration with local businesses to improve the appearance and condition of Beith Main Street.

The above is a clear example of continuity and change, the continuity being the history, culture and society that has shaped Beith today and change. The change being Beith stepping out of the shadows of the past, embracing it but not being defined by it. Like all change sometimes things don’t go exactly to plan, success of a project/scheme can be difficult to quantify. But change if is done in the right manner it can be an enabler for a community writing a new history while acknowledging it’s the past.