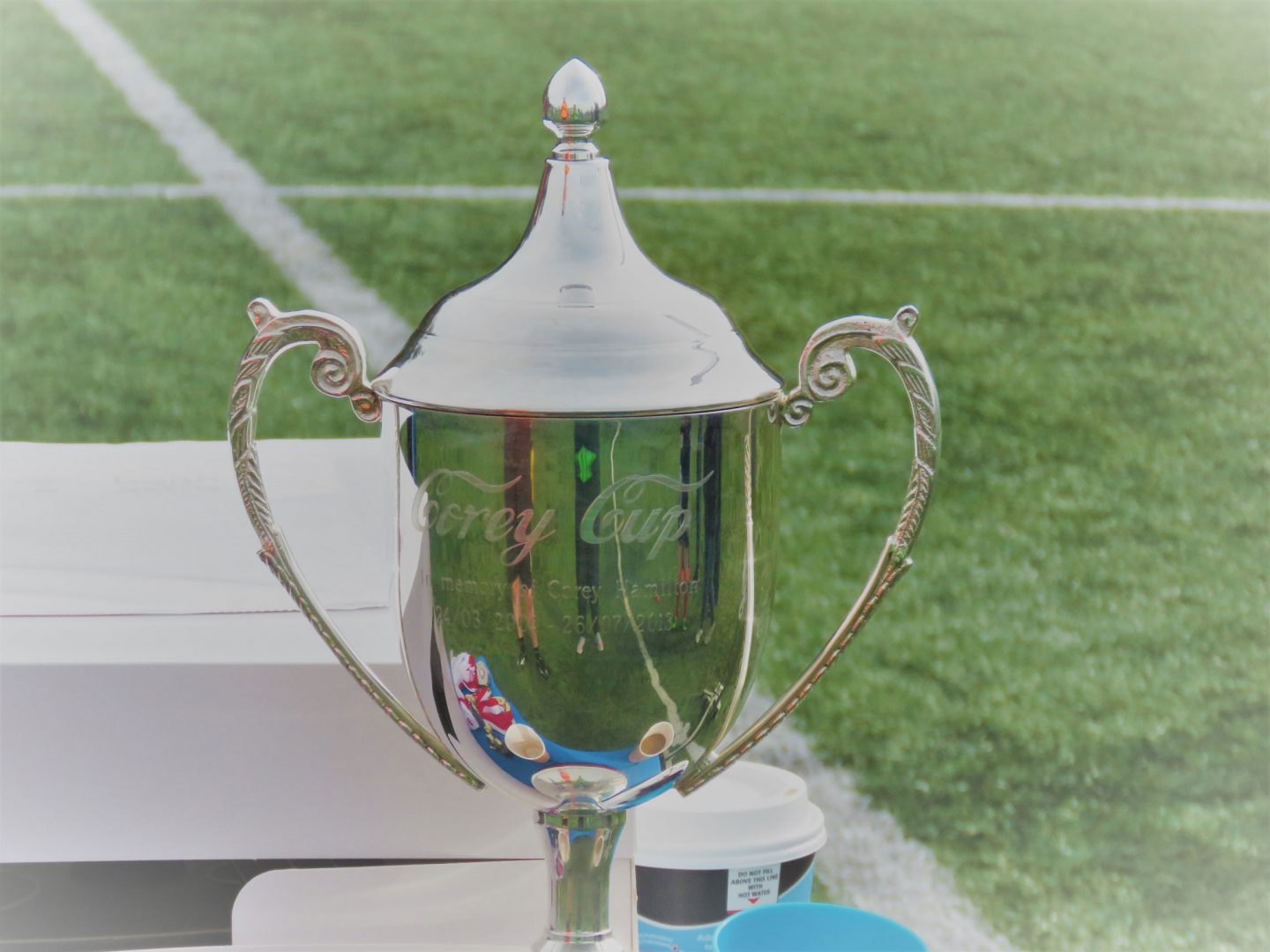 The Corey Cup is an annual school football tournament held in the Garnock Valley for children in P6&7. The tournament is in honour of young Corey Hamilton, who sadly passed away in 2013 after a battle with rhabdoid sarcoma, a kidney cancer aged just 9 years old.  Set up by Corey’s family and Beith Trust in 2014 the event is held annually on Corey’s birthday on 24 March and brings the Garnock Valley schools together in a friendly football competition where the teams compete to win the coveted cup and title.

The 4th annual Corey Cup was a fantastic competition with lots of fun and great football on display Beith Astroturf. The weather was unusually sunny which made the event even better and made it all the more fun for onlookers, parents and classmates to cheer their teams on! As ever the teams were split by organisers Beith Trust into play off groups, resulting with the two group winners playing in thesemi-finals, and then onto a final.

Group A featured Beith A, Glengarnock, St Bridget’s & St Palladius. GroupB featured Beith B, Gateside, Dalry and Moorpark. The games were full of fantastic action from all teams, with some outstanding individual performances throughout the competition.

Over 80 children took part in the competition, and it was great to see them all working hard and really enjoying the day. The teamwork shown by everyone was outstanding, with many of the children going to watch friends from other schools in their games in between play offs.

The groups final standing were;

The semi-finals were confirmed as Glengarnock vs Moorpark and Dalry vs Beith A.

Both games were played at a high standard with some great passing on display from all four teams. Dalry beat Beith A 2-0 which kept up their impressive record at the Corey Cup reaching their fourth final in a row, having also won the last three years competition, the only school to win it so far. Could they make it four in a row? Glengarnock and Moorpark were competing to see who would be the finalists for the first time, as neither school has reached this stage before. Glengarnock were the victors also winning 2-0 and earned their first visit to the final.

The final was a cagey affair with all the participants seeming more nervous than usual! Dalry took the first clear chance of the game forcing the Glengarnock goalkeeper into a great save before his defenders cleared the danger. Then Glengarnock took the lead, their midfielder unleashing a shot from distance which confused the Dalry defence and goalkeeper, they misjudged the flight of the ball and it somehow found its way into the net. 1-0 Glengarnock. Dalry tried to force their way back into the game, pressing forward and having more shots at goal but they couldn’t find the goal they needed. Just before the end of the match, from a corner Glengarnock doubled their lead. The Dalry defender made a great headed clearance, however it fell to the Glengarnock full back, who hit one of the best goals of the day, a left footed strike which was placed to perfection in the bottom corner. Then it was all over, Glengarnock were crowned champions for the very first time, ending Dalry’s three year dominance.

Huge thanks and respect to Corey’s father, Hammy, who orchestrated the whole event and kept everything running on track, presenting the Corey Cup to the winners. Player of the Year award was also presented to  Hannah Bird as selected by Corey’s mother Angela who was impressed by the goalkeepers skills on the day.

Thanks to all for taking part and we look forward to seeing who will try steal the title from Glengarnock in 2018!