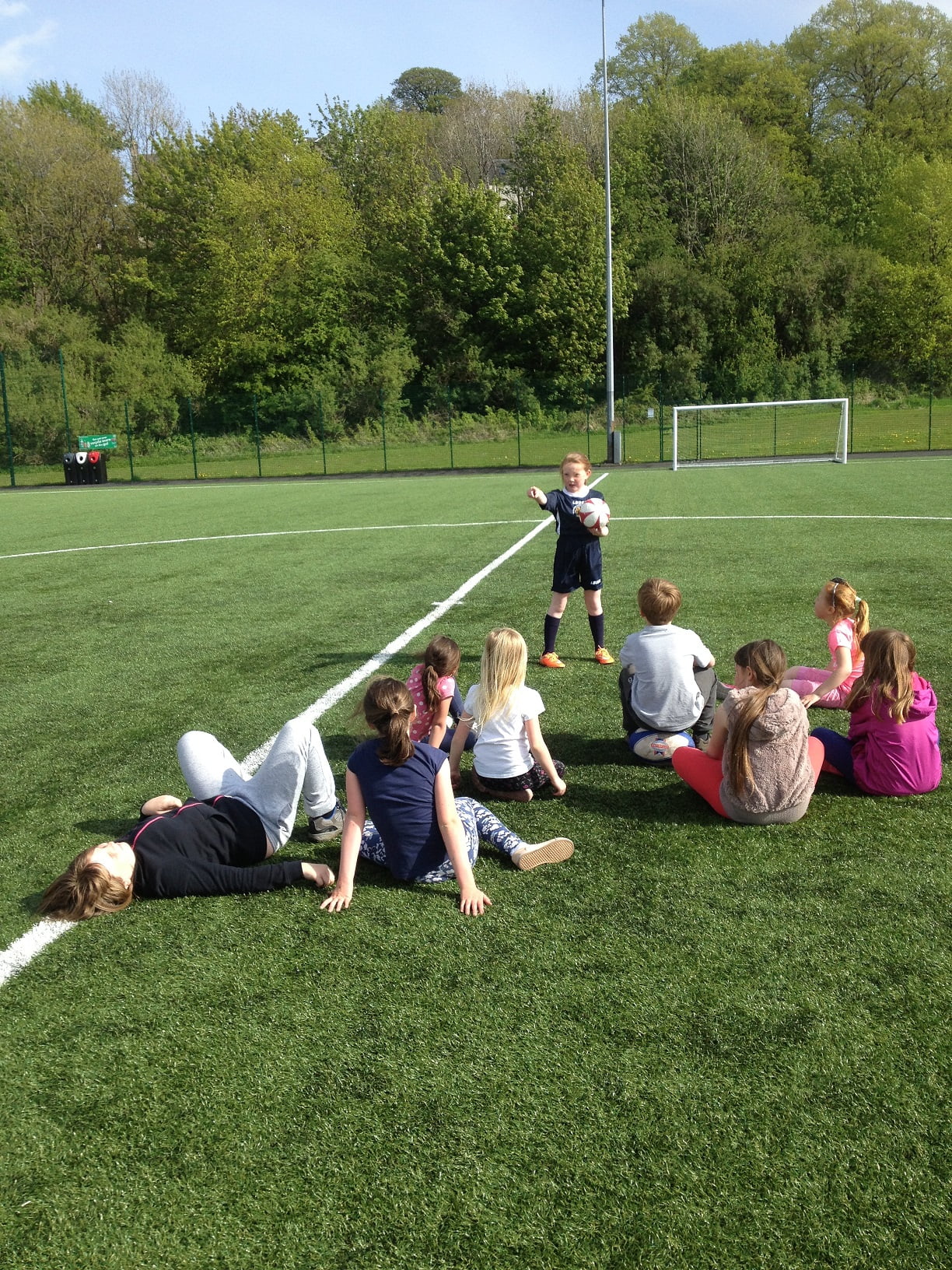 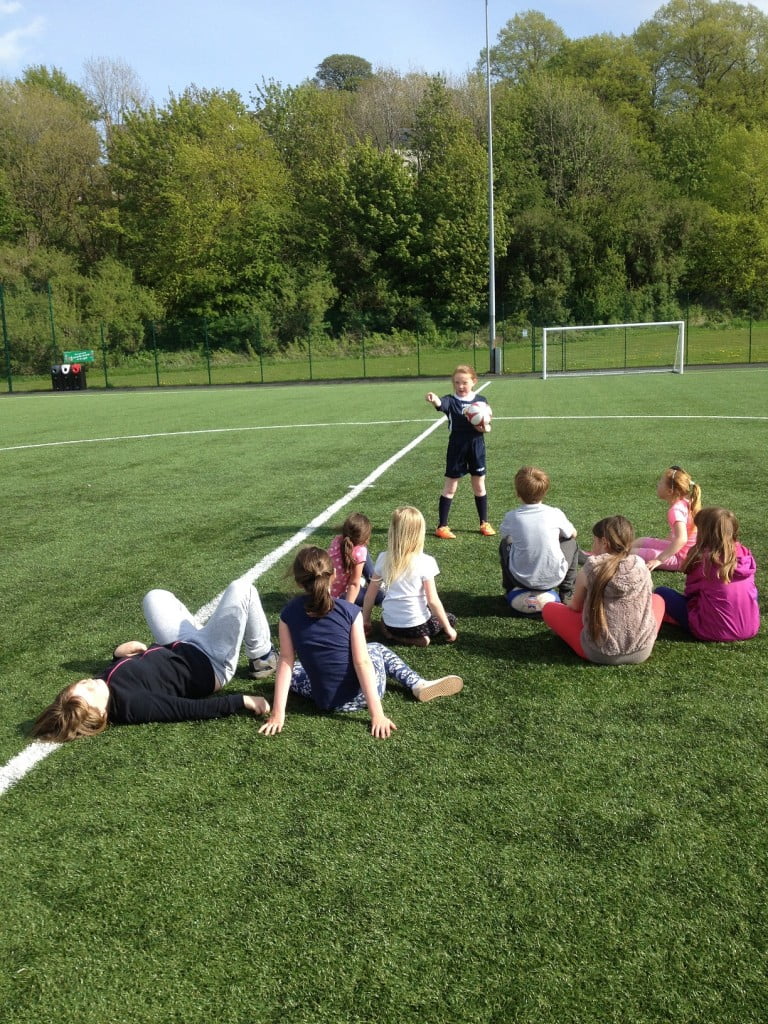 As you all know some of our wonderful kids have been developing good leadership skills, including planning sessions, delivering sessions and using feedback in a constructive way to develop skills and earn their playmaker award! Last night it was Courtney’s turn to shine and she did a great job!

Courtney gathered all the equipment she would need for her game and then she split the group into 2 teams. She explained the rules of the games which were:

In teams of 5, start at one end of the pitch, throw the ball to a team member who must be ahead of you and continue with this until your team makes it to the other end of the pitch. If the ball is dropped then the team must go back to the start.

This game was great fun, well organised, promoted both teamwork and competitiveness and was fast paced, exciting and hilarious!

Courtney then did very well asking for and responding to feedback on the game which was all positive! Well done Courtney, you will make an excellent leader 🙂