Legends and Myths of Scotland 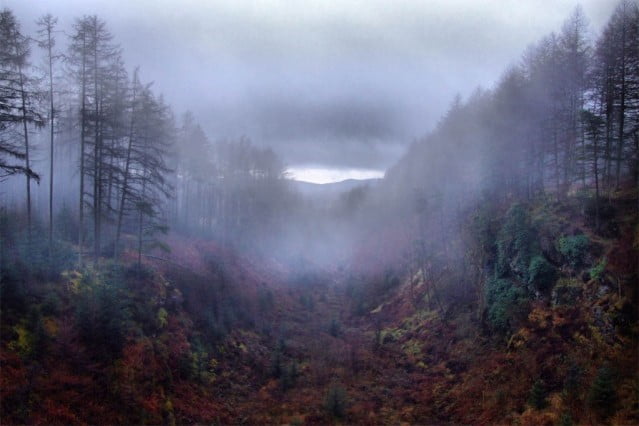 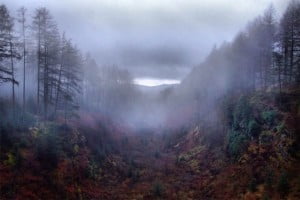 At Soup Group last week the children were treated to a fascinating presentation on the great legends and myths of Scotland from staff member Jay Seawright. Jay has very kindly typed up his presentation and allowed us to share it with the digital world. Don’t forget to take a look at Jay’s picture slideshow at the bottom.

Scotland is a land of myth and mystery.  Our folklore dates back thousands of years and there are therefore many legends and myths in our country.  Here are some of those.

Also known as the St Andrew’s Cross, there is a legend of how this came to be Scotland’s national flag.  In AD 832, a Pictish army confronted a Northumbrian army in Lothian.  Surrounded by enemies, the Picts prayed for assistance.  That night, St Andrew, appeared to the Picts and assured them of victory.  The next day, when the armies were preparing for battle, an image of a white cross appeared in the sky.  This frightened the Northumbrian army and they fled in panic.  St Andrew was the patron saint of Scotland, and was martyred on an X-shaped cross, as he didn’t consider himself worthy enough to be crucified on the same type of cross as Christ was.

There is a legend of how this became the national emblem of Scotland.  From AD 795, Scotland was under invasion from the Vikings, and parts of the north and west of Scotland were under Norse rule.  By 1263, Viking raids had stopped, and King Alexander III of Scotland proposed to buy back the Western Isles.  However, King Haakon of Norway didn’t like this idea, and planned to attack Scotland.  Haakon’s army set sail for Scotland and landed at Largs.  The Norsemen wanted to creep silently on the sleeping Scots, so they went barefoot, but they had to cross a field of thistles.  One of the Norsemen accidentally stood on a thistle, screamed out in pain, and this woke the Scots, who went and attacked the Norse invaders.  The thistle played an important part, so it was chosen as Scotland’s national emblem.

The Salmon and the Ring

On Glasgow’s coat of arms, there is a salmon with a ring in its mouth, and there is a legend behind this.  A Scottish queen was given a ring by her husband, but she gave it to a soldier, and the king found out.  The king met the soldier by a river, took the ring, through it in the water and challenged his wife to retrieve it.  St Mungo, later the patron saint of Glasgow, miraculously returned the ring by catching the right salmon and finding the ring in its stomach.

One of the most famous of Scotland’s legends, the mysterious beast was supposedly first seen by St Columba in AD 565.  Columba was staying in the land of the Picts with his followers when he met some men burying a man by the River Ness.  They told Columba the man had been swimming in the river when he was attacked and killed by a great beast.  Columba sent one of his followers to swim across the river and the beast came after him.  Columba made a sign of the cross and commanded the beast not to touch the man and to go back at once.  The creature halted and retreated, and the Picts praised God for the miracle.

In more recent times, there have been several supposed sightings of the Loch Ness Monster.  The first ‘modern’ sighting was by George Spicer and his wife in 1933, who were visiting the area.  The first supposed photo of the monster was taken by Hugh Gray that same year.  The most famous photo of Nessie, the ‘Surgeon’s Photo’, was taken in 1934 by Robert Kenneth Wilson, a London gynaecologist.  It was later revealed to be a hoax.  Since then, there have been numerous photos videos taken of what is deemed to be the legendary beast.

Robert the Bruce and the Spider

Although Robert the Bruce did exist, there is a famous legend involving him and a spider.  Bruce became king of Scotland in 1306 and was forced into hiding when King Edward I of England took immediate action.  While Bruce was on the run, he hid in a cave.  He watched a spider try to spin a web from one end of the cave to the other.  The spider failed several times, but it kept trying until it did spin its web to the other end of the cave.  This inspired Bruce not to give up fighting the English – and he did just that.  After Edward I’s death in 1307, Bruce’s army defeated Edward II’s army at Bannockburn in 1314.

Thomas of Ercildoune lived near the Eildon Hills in the Borders, in the 13th century.  According the legend, Thomas met the Fairy Queen in the Eildon Hills and she made him go to Fairyland for three years.  When he returned, Thomas had been given the gift of prophesy, and he foretold the future through songs and poems, hence his pseudonym ‘the Rhymer’.

Referred to as ‘the Brahan Seer’, Thomas the Rhymer made several predictions of the future, which turned out to be true.  Among these were the union of the crowns of Scotland and England, the Battle of Culloden, the doom of the MacKenzies of Seaforth, the construction of the Caledonian Canal and the Haig family always remaining at Bemersyde.  The last of these is interesting since the Haigs lived at Bemersyde in the Borders until 1867, and it looked like this prophesy had failed.  That was until 1921, when Bemersyde was bought for WWI hero Earl Haig, a distant relation of the Haigs who originally lived there.

One of the most gruesome of Scotland’s legends, Alexander ‘Sawney’ Bean was the head of a criminal cannibalistic family in the 15th century, during the reign of King James I of Scotland.  It is claimed that Bean, along with his wife and 46 children and grandchildren, killed and fed on over 1000 people before he and his family were captured and executed.

St Winning and the Curse of the River Garnock

A legend tells of when St Winning and his men were fishing one day in the river Garnock and caught nothing.  Winning placed a curse on the river, preventing it from having fishes in it.  The river responded by changing its course and therefore avoiding the curse.  It’s true that the river Garnock did change its course over history.

Most Arthurian legend native to Scotland has been passed down through Celtic speech in Scots Gaelic songs and tales.  Mordred, son of King Arthur, was raised in Orkney.  Camelon in Stirlingshire may have been the original ‘Camelot’.  King Arthur had a Scottish son called Smervie More.

The wizard Merlin, who features in Arthurian legend, is based on a real man of that name who lived in the 6th century AD.  The real Merlin was said to have been born in Carmarthen, Wales, and was driven to the Caledonian Forest around AD 573 after his pagan master lost the Battle of Adderdyd, near Carlisle.  Merlin was converted to Christianity by St Kentigern, near Drumelzier.  He died supposedly by falling off a cliff into the sea and being impaled on a fishing rod.  His grave was marked by a thorn tree, but that tree was washed away by a flood in the 1920’s.  Today, a plaque marks where the tree marking Merlin’s grave stood.

Creatures of Scotland’s Myths and Legends

Supernatural water horses said to haunt lochs and rivers.  Appearing as a lonely white or dark pony, they entice people to ride on them and then drown the rider in the water.

In the tales of Orkney and Shetland, these are beings who live in the sea and transform from a seal to a human.  Stories tell of men finding selkies sunbathing on a beach.  The man would steal the selkie’s skin and force her to marry him and bear his children, only for the selkie to find her skin years later and return to the sea.

Also found in the tales of Orkney and Shetland, these are imps who live in mounds.  They are nocturnal and enter households while to occupants sleep.  Trows are fond of music and kidnap musicians or lure them into the trows’ dens.

Blue Men of the Minch

Blue-skinned men who live in the waters between the Outer Hebrides and the mainland.  They sink boats and drown sailors.

A fairy and guardian of the trees, he is kind to children, but is shy.  He is dressed all in green with leaves and moss, and is active at night.

These inhabit unoccupied parts of houses and only come out at night, when they don’t like to be seen.  They will do housework in exchange for gifts or food.  They particularly like porridge and honey.  If their gifts are called ‘payments’, or the occupants abuse them, the brownies will abandon the house.

Mischievous imps or fairies found in the folklore of the Scottish Borders.  They inhabit ruined castles along the Scotland-England border and murder travellers who stray into their homes.  Redcaps dye their hats with their victims’ blood, hence the name.  They must kill regularly because if the blood staining on their hats dries out, they will die.  The only way to escape them in to quote a verse from the Bible.  On hearing it, the redcap will lose a tooth, which they leave behind.

(Pronounced bee-nee-yeh.)  A fairy seen as an omen of death.  Mnathan-nighe (plural of bean-nighe) wander near deserted streams, washing blood from grave-clothes of people who are about to die.