My 1st Month Volunteering with BCDT 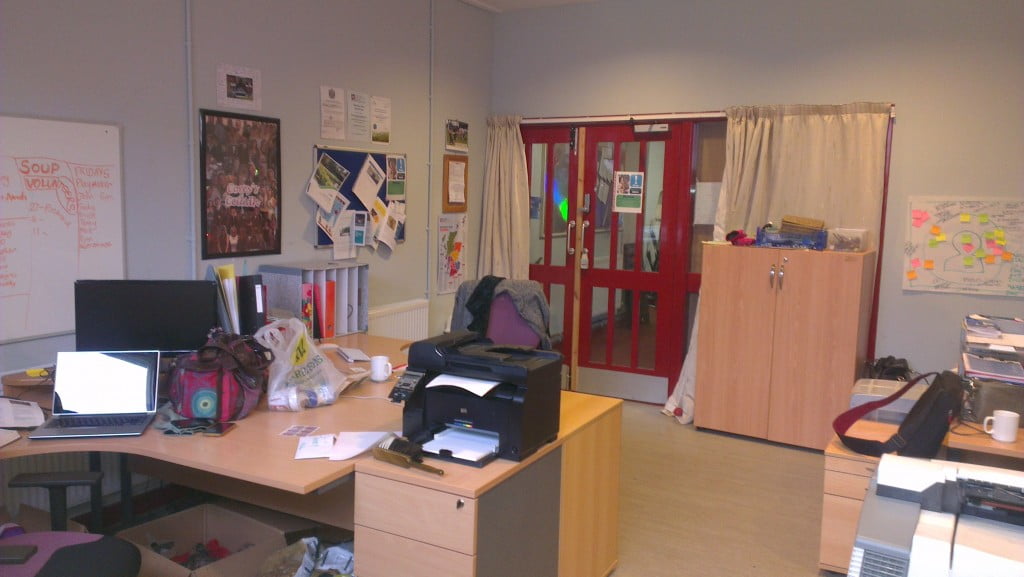 My name’s Billy Walker (you can learn more about me here) and I recently joined the Beith Community Development Trust in a voluntary role.

It may seem like a cliché or cheesy thing to say but volunteering here has been brilliant so far and very rewarding. The atmosphere is awesome and it’s such a nice, upbeat place to spend time. The experience I have gained so far in the workplace could potentially be pivotal in helping me to land job roles in the future. It’s already helped me to get interviews that I wouldn’t have probably gotten otherwise!

Putting Skills to Good Use

I have studied Radio Broadcasting to HND level for the past 3 years and had been struggling to find work that would put the skills I had gained, media-wise, to any use. In my NQ year of college education, the course wasn’t focused solely on Radio but rather let the students experiment with different areas of the creative industries such as film production, photography, desktop publishing, journalism and, of course, radio and presenter skills. In my first week here, I have been able to put 3 of those skills to good practice.

In today’s world, it’s important to be a jack-of-all-trades type, especially if you’re focused on a career in the media industry. It used to be that people were hired for specific job roles at companies such as the BBC and STV, but that’s no longer the case. I currently have an active job application with the BBC to join their production talent pool which would see me work across 3 platforms if successful. This involves online, radio and TV production. I would highly recommend checking out courses at West College Scotland (formerly Reid Kerr) or City of Glasgow College as they offer introductory courses that open up options for university. It’s also a very fun subject and involves lots of practical work. The majority of the assessments do NOT involve handwriting or typing which was a big relief for me as the only writing I like to do is fiction/creative (or these types of mad ramblings).

So that’s a little more on my background but you don’t have to be media driven in order to volunteer here at the BCDT.

There are many options available. Everybody knows that work isn’t something that’s easy going right now and so, to improve your chances, volunteering is the way to go. It doesn’t hurt that you can have fun and enjoy yourself in the process here.

If you’re just considering volunteering or have an interest, don’t be shy and get in touch. I’ve been here 3-4 weeks in total now and have already had the privilege of covering the Corey Cup Football Tournament as a photographer and blogger. It was a great experience that will no doubt help me somewhere down the line in my own career path.

The calendar is jam packed with activities and we can always use some helping hands. If you’re keen on sport, interested in admin, love media (like me) or even just want to find something fun to do in the community, come on down to Beith Astro and have a chat! The people here are friendly and laid-back. You’ll probably even get a free cuppa tea or coffee for even expressing an interest! Who doesn’t love free stuff?! Just don’t give them anything embarrassing as ammo… my “ex-X-Factor contestant” status has just come up! I think I’ll be fine until someone finds out about my old modelling gig…

In all seriousness, the opportunities are phenomenal and I couldn’t recommend it more highly to just throw your name in the hat and see what happens…

I said at the beginning of this post that the voluntary role is very rewarding. I had hit a low point before joining up with the BCDT. I had officially finished up with college work in September 2013 and had struggles from that point on-wards to find anything that would help me to continue to develop my skills. Which, after a while, caused me to lose confidence. I managed to get a brief seasonal role in my local supermarket for Christmas but I’ve never been interested enough in retail to ever consider a career in that field. My passion is creative media and so I was grateful when my jobcentre found that the Trust could offer me a place as an Events Press Officer.  Content creation is something I’m major league confident with, so when the opportunity appeared, I had to grab it. I’ve had a resurgence in confidence, I’m no longer staring constantly at a job site full of dead-end, irrelevant jobs (to me at least) and I’ve gained a lot of friends and met new people who have made it so easy to fit in.

So that’s my story, we look forward to hearing yours!