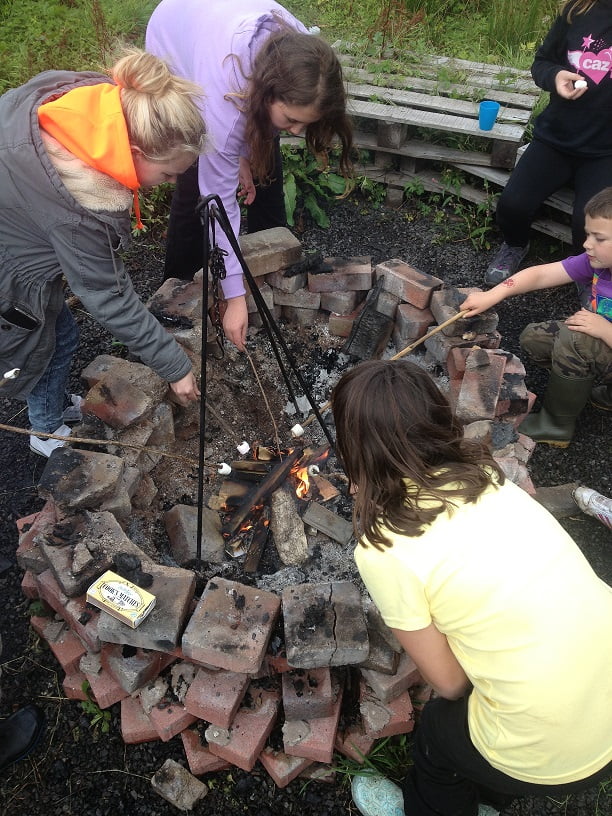 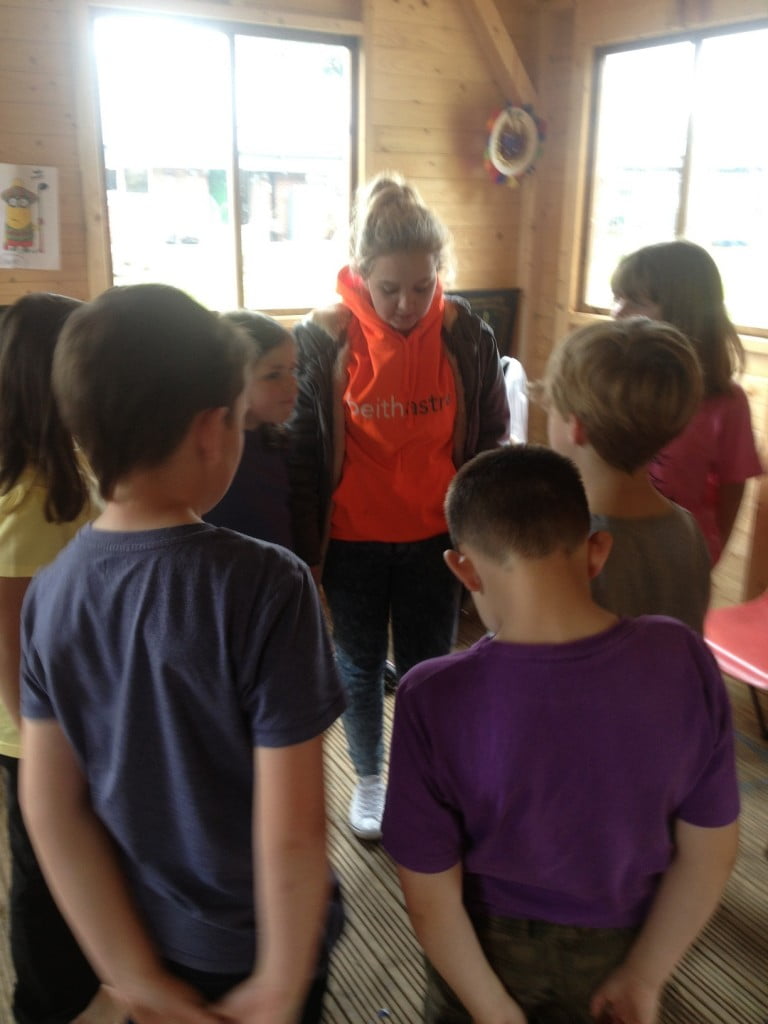 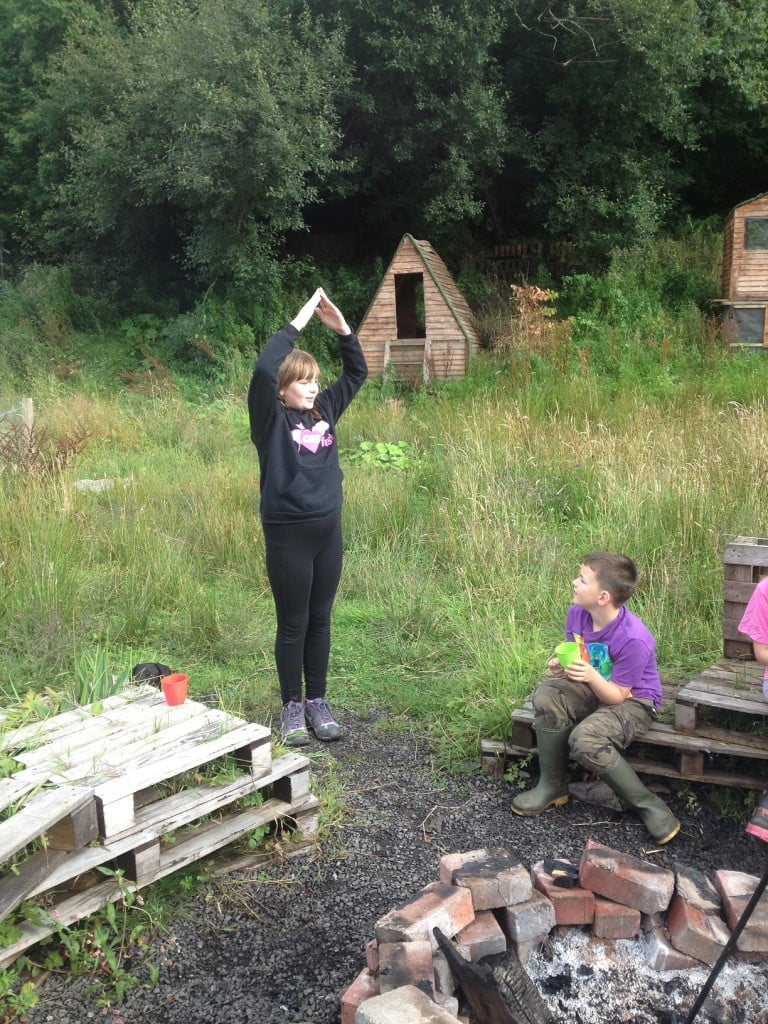 We had a great time at soup group last night! We started with a team relay race where kids were given letters and had to explore the garden to find items starting with that letter until the whistle was blown which was the cue for coming back to get the next letter, the team at the end of the game with the most correct items written down was the winner … but somehow the teams managed to tie! It was great to see the weird and wonderful things they came up with to gain extra points! We then played the magic welly game which involved getting the team from one side of the radioactive material to the other with only one pair of protective welly boots that couldn’t be thrown across, again it was great watching the kids problem solve and come up with different solutions to the problem. We then played a blindfolded game where the kids had to put their hands in a bag and feel an item, guessing what is was – an interesting game with some unusual suggestions! Thanks to Sara Harvey who made us some delicious soup which we enjoyed with some marshmallows and a fun game of sharades. Same time next week everyone!