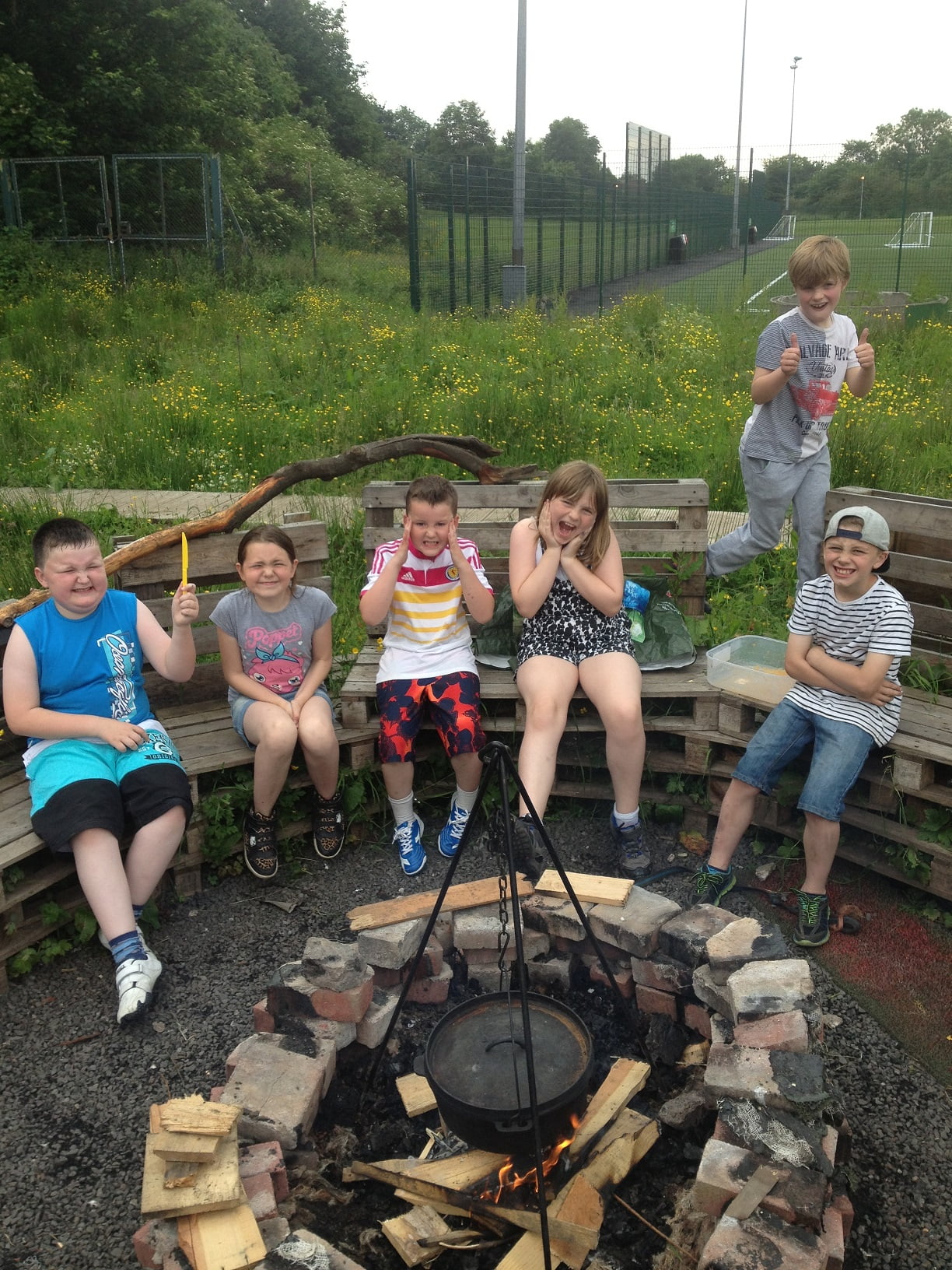 We had great fun last night at soup group! The session started with each kid being given a secret praise word which they had to integrate into the following games. This was a word of motivation or encouragement for other players and the aim of the game was to use the word as often as possible in context and then at the end the others had to guess what the word was. Rebekah impressively used her word 10x!

The first game was football, followed by an interesting game of the human knot. The first version was the normal game, but we then added some different elements such as one hoop racing the other with either prizes for those responsible for overtaking, or forfeits to the person with the hoop that gets overtaken! We then discussed how we rated the games on fun and why … with a strange result … the kids liked the threat of a forfeit more than the possibility of winning a prize, going against learning theory science.

We then split the kids into girls and boys and asked them to tell us what they think are the 3 most important things in a game. They came up with some great ideas like good sportsmanship, rules, understandable instructions and fun. Very impressive how tuned in these kids are!

We then made some cool arts from paper plates and then had some delicious soup on the campfire … thanks Alison Nobel, it went down a treat! And thanks also to Sara Harvey for the cake … and to Robert for serving it to everyone! The featured pic is when I asked the kids to show us their perfect smile!
See you all next week!