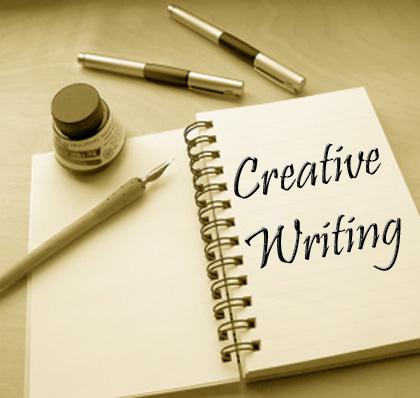 The answer is very vague and broad.

Creative writing is any type of written text that conveys thoughts, expresses feelings or shows imagination. You may have written something yourself, brought on by your own emotional stance… That’s creative writing! A blog, a story or even a love letter!

People who consider themselves to be creative writers as a job title, tend to be involved in the media industry. They could be script writers for programmes or film; they could be musicians who write lyrics for a song. They could even be professional bloggers or journalists writing articles for print or online.

Generally speaking, creative writing is underestimated as an art form. When you think of the word “talent”, you may think of a singer, actor, comedian or any other type of act that you may have seen on Britain’s Got Talent!

However, creative writing is something that some people are just naturally born with a specialty in. Granted, you’re unlikely to see anybody with a sane mind go out on stage to show off their “pen to paper” skills to Simon Cowell anytime soon, it is just as important a skill in the world of entertainment as having a set of lungs like Whitney Houston.

Without the writing phase, the sing-a-long’s that we all know and love wouldn’t exist. The quotes that we hear repeated so often from our favourite blockbusters would never have been uttered by the actors on screen.

The comparison between creative writing and a talent like acting or singing is an appropriate one. Everyone can do it. And like singing or acting or any other type of performing, some folks are better than others. It can also be improved and honed through practice. Creating a piece of fiction, using your imagination to fill a piece of paper, can be both a fun and trying experience. You can learn a lot about yourself from writing one page of text.

So grab some notes, get to typing and who knows; maybe you’ll surprise yourself and write the next big novel. Look at JK Rowling for example. Writing was merely a hobby until a certain wizard popped up in her mind and look where that got her!

Make no mistake, writing is a difficult practice. But there is nothing more satisfying than having a complete story born totally of your own creativity.